Mark my Words: Copycat will not move again during my tenure!

When I started thinking about the location moves Copycat has made since its inception in 1970, I immediately considered my parallel life and that of my parents’ in terms of the number of moves over the past 50+ years.

Contrastingly, Copycat has moved five times since 1970! The first location was in a small house on 17th Street directly across from the ABC store at the corner of 17th & Castle. The little house is no longer there (plus Copycat occupied that spot for only a year or so), so I’m not really bothering to count it.

Next up, 1612 Castle Street, in a building occupied by a business formerly known as The Juggling Gypsy now morphed into The Bizarre. While Max Kahn had a penchant for new and innovative production equipment, there’s a solid chance he would consider The Bizarre … bizarre. 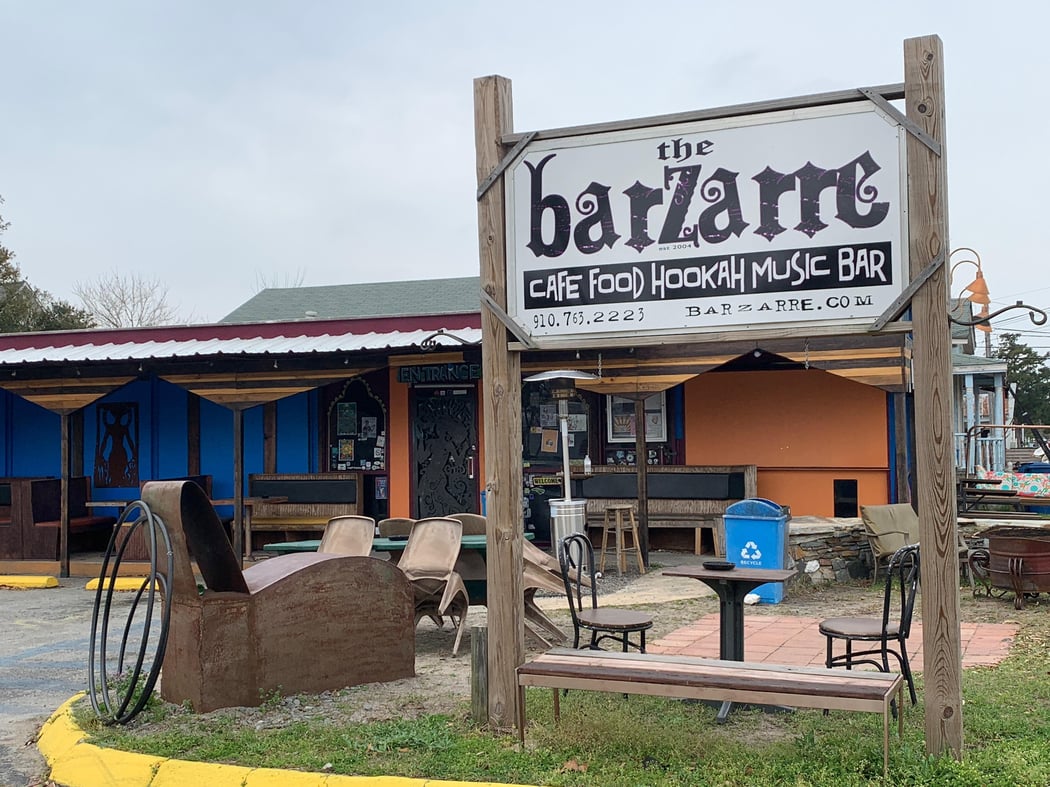 1612 Castle was our primary location until 1984. Although the customer service counter was relatively small [in fact the entire building was small], we always had coffee available for folks who wanted to wait on their orders (coffee shops were not quite so prolific back then).

While renting 1612 Castle from Frank Ballard, one of the architects of BMS Architects, in 1980 Daddy paid Laurence Gray Sprunt $52,000 for the 3000 sqft building at the corner of 15th & Queen with the intent of expansion. From 615 S 15th St, we began selling drafting supplies (some of you may recall me writing about drafting supply sales in a previous blog). From ’79 to ‘84, we operated out of both locations, printing on Castle Street and selling drafting supplies just around the corner.

In 1984, with the arrival of the Shacoh 920, a printer that revolutionized the advent of electrostatic (now digital) construction printing, the print shop moved in with me at 15th & Queen. Relocating a printing company then was as easy as it is now, which means not at all. [As an aside, the Love Center Church bought 615 S 15th in 2001 for $175,000 and sold it in 2014 for $661,000. Hindsight being 20/20, we might have considered keeping the building, thereby becoming a part of what is now known as the Cargo District, a groovy part of town.] 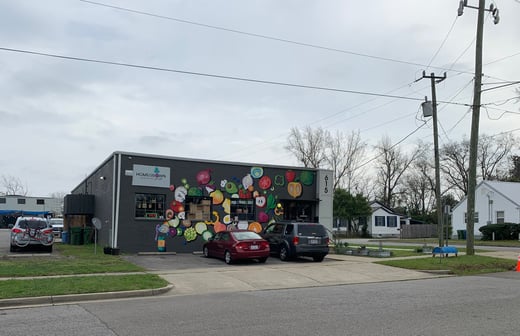 Lots of great technological strides were made at 15th & Queen. We introduced color copying, large format color printing, electrostatic construction printing to our local market . . . even switched from our Varityper typesetting equipment to using Macs with Pagemaker for graphic design. [Remind me to discuss in another blog daisy chains with floppy discs, zip drives, syquest drives, etc…..]

All the great new technology meant growth for Copycat, which meant finding a location more centrally located within the county (my idea, not Daddy’s) as well as more elbow room for production. Over the period of a couple of years, there were about 12 midtown locations we considered. Some of the more popular ideas were: the corner of Peachtree & Floral Parkway, most recently home to Albert F Rhodes Jewelers soon to be Kingoff’s; the two-story dental office at the intersection of Wrightsville & Floral; Winter Park Presbyterian’s parking lot at the corner of S Kerr & Wrightsville; the only building for sale in Burnt Mill Business Park on Randall Pkwy; and so on.

For a variety of reasons, none of these properties worked out. Then one day I received a call from our CPA, asking if I would be interested in something on Oleander Dr that had not yet been built. I tried to dig a little deeper and he coyly told me I already knew the individual developing the property and if interested, he would pass along my name. Within a few hours, Steve Anderson, a friend from high school, was calling to discuss a new project he was putting together.

One thing led to another, and Copycat became the first tenant of Anderson Square at 4107 Oleander Dr in September 2000. We had 5000 sqft in Unit A, giving us room for a 33’ front counter as well as a small conference room, all for the benefit of our clientele. Behind the front counter, our production was in full view with everything from offset printing to bond copying to digital cluster printing in small format (again, the first of its kind commercially available in the area).

I didn’t think we would ever move again until . . . (insert scary movie music) the Recession began to impact our region in late 2008/early 2009. By the time it (please don’t make me type the R word again) was full blown, we were operating at about 50% of sales. Sustainability seemed completely out of reach. We had to make very difficult decisions to literally stay in business. One such decision was to move from spacious Unit A into Units I & J which my parents and I had purchased in 2006.

So once again in September 2010, we relocated. This move was only a few hundred feet but that didn’t make it any easier. We only had access to Unit J, a 1700 sqft unit. Unit I was occupied and wouldn’t be available for a few months. That meant stuffing everything we had into Unit J, a storage unit, and purging a lot of stuff. 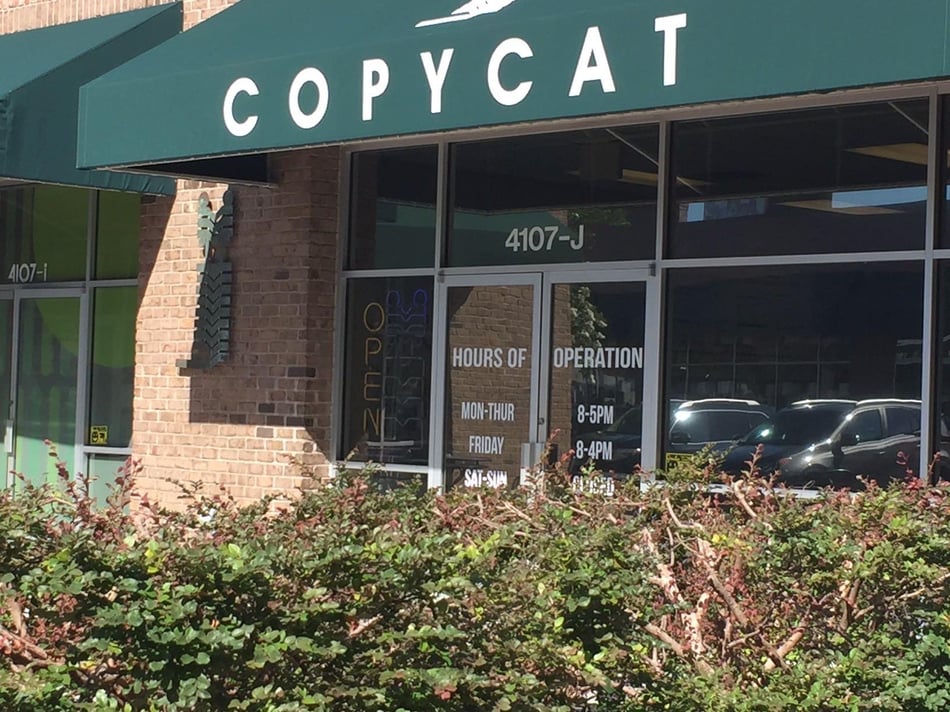 This was the bleakest time I can recall in the company’s history. Honestly, there didn’t seem to be a way out of our financial deficit, but we managed to begin recovery once we were finally able to spread into Unit I and occupy both units.

And so, it was for about seven years until one day I noticed a for sale sign in front of an old doctor’s office on Randall Parkway. If I have anything to do with it at all, mark my words: Copycat will not move again during my tenure!

If you’re new to town, or even if you’re not, please feel free to stop in and say hello at 637 South Kerr Avenue. Thanks so much for indulging me down memory lane! 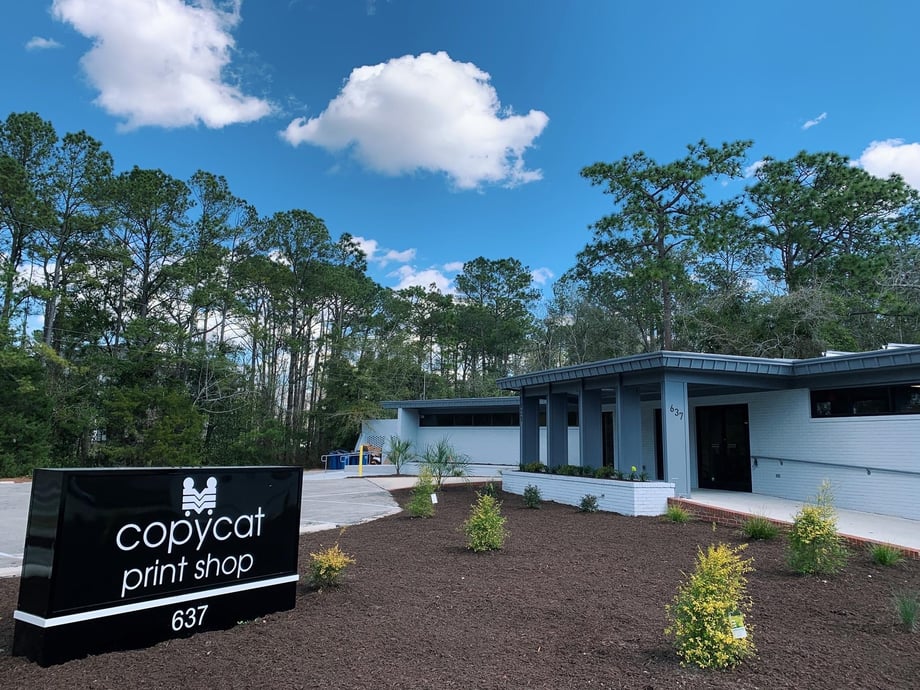